When I was young, in my early 20’s, I had an irrational fear of death. Living through the loss of Michelle and Victoria lead me to accept death which eliminated the fear of it from my life. Years later when I was 30 and with Dan, I was once again faced with another complicated pregnancy. It ultimately uncovered my blood disorder but almost killed me in the process and did result in the death of our daughter Hope. At the beginning of that pregnancy I was terrified and felt a complete lack of control. The lack of control brought me to a dark place that was far more intense than my fear of death had been. However, life had plans and I was forced to accept that I had no control, over anything! It was the most difficult lesson that I still struggle to accept.

I think of death and I think of control (or lack of) as 2 big markers in my life that were significant to my development and that truly define who I am. Oddly, before either of the traumatic events of those pregnancies happened, I had sensed that something terrible was going to happen and my fear went into overdrive.

Similarly this has happened again with cancer. For the last year I think I knew I had cancer. And I feared it. Because I never thought I would get cancer! I would never be touched by this horrible disease. So I thought. I still can’t wrap my head around it…. and I’ve now lived one chemo treatment… which by the way is in no way fun!!! But the reality is that I do have cancer and I have to accept it and everything that is going to come with it. So I will go through each step and stage with as much acceptance and peace as I can. By accepting cancer and all it’s ugliness I will have the power to focus on destroying it.

With that, chemo #1 is done and I am feeling better. Tomorrow I will proactively rid myself of my blue locks and will hurdle another milestone.

One step at a time.. bye bye hair 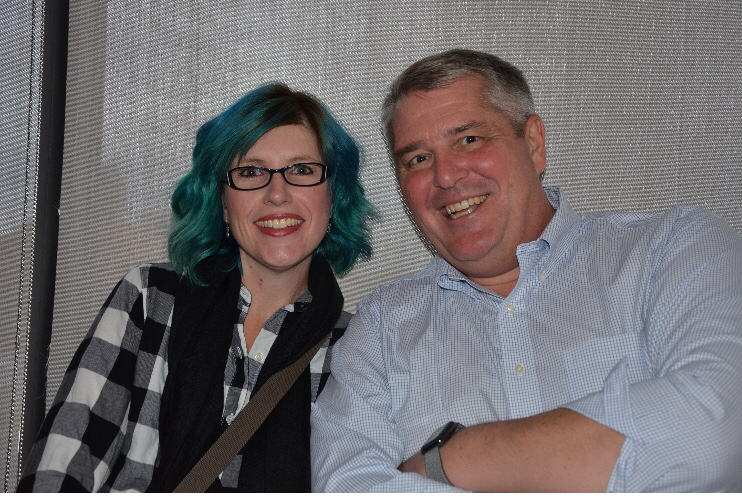